Learners of a number of schools in Alexandra attended the Banking Summit hosted by the Banking Association South Africa at the Wanderers Club on 8 October.

Learners of Eastbank High School, Alexandra High School, Minerva Secondary School and Realogile High School attended to learn more about the banking and finance sectors. They were given the opportunity to chat with big names in the financial sector including CEO of First National Bank Jacques Cilliers. 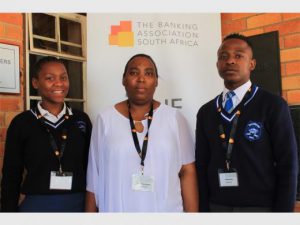 The programme hosted a number of speakers touching on themes of governance, growth and inclusion. The summit was led by acclaimed moderator Nozipho Mbanjwa. Chairman of the association Mike Brown said the event was an opportunity for stakeholders and key people in the banking sector to have an important dialogue in good governance while learning a lesson from poor governance in the private sector that remained in the headlines. 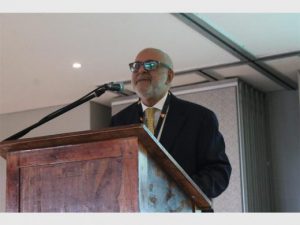 Head of strategy and communication at Basa Dr Abba Omar.

Keynote speaker at the event was the deputy governor of the Reserve Bank Kuben Naidoo who spoke about the Basel III framework of banking which seeks to strengthen risk management, regulation and supervision in the finance sector.

Auditor-general Thembekile Kimi Makwetu touched on the crisis in auditing. Makwetu released the local government audit report earlier this year and touched on the issue of irregular expenditure in the public sector. He said the systemic implications of poor governance were not academic or emotional but have real-world consequences. He added that the respect of the rule of law was the most important element within the banking sector and would lead to better governance. 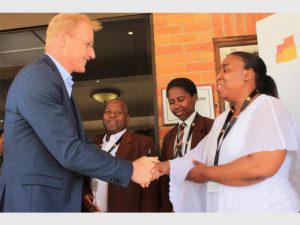 The deputy principal at Realogile High School Tela Ramahlare said, “This visit is amazing. This opportunity assists them [learners] and can change their attitude. Some of them have interests to be auditors or accountants so being at these types of discussions truly enlightens their minds.”