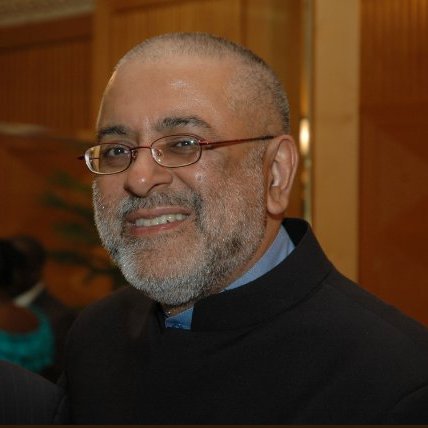 Title: An examination of the relationship between national identity and sovereignty: debates around the South African nation-state from 1990 to 2010.

The study attempts to examine the relationship between national identity and political sovereignty and their impact on the emergence of nations, with a special focus on debates around the South African nation-state from 1990 to 2004. Located within the postcolonialism approach, the study looks at national identity through the prism of ethnicity, language, religion and race, while sovereignty is considered through its two component parts, the state and citizenry.

By examining two postcolonial contexts, the Arab world and India, the study has developed a framework which is applied to the study of the South African state. This framework identifies nationalism as a glue which holds sovereignty and identity together in the nation-state. The two cases reveal that there is always more than one nationalist narrative, often competing against each other. In the case of the Arab world the study looks at the tensions between pan-Arabism, Arab nationalism and Islamism. In the case of India a secular Indian nationalism has had to compete against a Hindu nationalism.

The study argues that South Africa’s history has been characterised by contestation between a white, Afrikaner nationalism and an African nationalism. As in the two case studies, these narratives are not just polar ends, but rather a complex spectrum which has seen alliances being struck across the racial divide.

The essence of the former has been an attempt at addressing the ‘Native Question’, that is how to manage the continued subjugation of the overwhelming number of Africans in this country. Having its roots as a reaction to its socio-economic conditions in the Cape, it evolved into an ethnically constructed view of itself and through which it mobilised political and economic resources to perpetuate its dominance after it reached its zenith in the 1948 elections. This narrative’s arc saw it being redefined in race terms to encompass English-speaking whites, and then through a combination of anti-communist rhetoric and anti-African scare-mongering, included the coloured and Indian parts of the South African population. Today it manifests itself in a return to an ethnic laager which takes the form of attempts at discriminating against non-Afrikaans speakers on the basis of an appeal to victimhood and the exercise of constitutional rights.

The African nationalism narrative begins from the mid-1800s, tracing the impact of those educated at missionary schools on the society they came from. This Christian elite came to play a powerful role in establishing a plethora of organisations so that as the wars of resistance were ending, political mobilisation was taking off. This mobilisation took the form of voter registration and voting for those white candidates considered to be acting in the interests of Africans, church congregations as well as newspapers which served as platforms for airing of grievances. A moderate, urban-based, accommodating form of politics ran parallel to a more militant, rural-based form of resistance. The former would shape the first few decades of the African National Congress until the 1940s, while the latter was subsumed under the rhetoric of the nationalist elite – similar to the experiences of India and the Arab world.

A key debate from the inception of this narrative was the kind of Africanism which informed African nationalism. These debates continued through most of the first half of the 20th century, leading eventually to the breakaway of the PAC from the ANC because of the latter’s commitment to non-racialism and a broader definition of Africanism. This debate would be revived at different points in the history of the ANC, with the most recent one being at its 1997 conference. The CPSA/SACP played an important role in the formulation of a more radical agenda through its conceptualisation of SA as a Black Republic and later as experiencing colonialism of a special type (CST).

The study looks at how the two narratives came to clash over the formulation of the 1996 Constitution and how this foundation document of the ‘New South Africa’ has become the fulcrum around which the two nationalisms continue clashing. With the ANC in power since the 1994 election, special attention is paid to its track-record in government and the manner in which state and civil society has interacted. Core to this is an appreciation of how the two nationalisms continue morphing and the impact this is having on the South African nation-state.