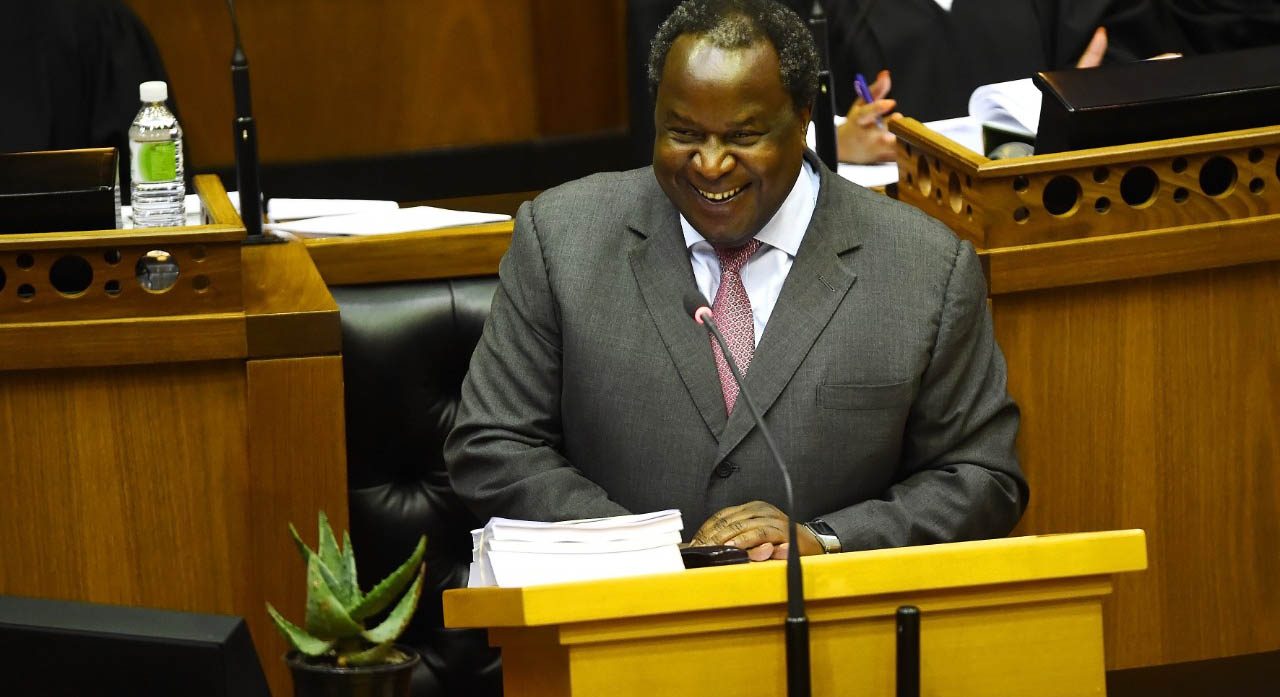 As Finance Minister Tito Mboweni said: “Budgets are complex, but the numbers are simple.”
The crucial numbers are: a consolidated budget deficit of 6.8% of gross domestic product (GDP), gross national debt of 65.6% of GDP by the end of 2020/21; and economic growth of 0.9% in 2020.
Despite some helpful announcements, there is nothing in the budget that will significantly change the growth or debt figures, South Africa is likely to lose its last investment grade credit rating this year. A poor credit rating increases the cost of funding for banks which in turn increases borrowing costs for business, consumers and government and this will dampen the possibility of future economic growth.
However, the minister’s determination to keep government spending in check and clear the way for increased economic activity and job creation must be supported by the president, his colleagues in Cabinet and labour.
No major tax increases, which provides some personal income tax relief, is to be welcomed, as is the signalling of a reduced corporate income tax rate in the near future. Personal income tax relief will boost consumer confidence, creating a market for goods and services, enabling companies to expand and create jobs to meet demand.
The minister stuck to his plan to save over R150 billion over the next three years. This may buy South Africa time to deliver on his promises and regain the confidence of investors and the rating agencies. He announced a net downward adjustment to the main budget non-interest expenditure of R156.1 billion, over the next three years, relative to the 2019 budget projections.
However it is to be regretted that R60 billion of the savings is for Eskom and South African Airways. There was worryingly little detail about plans to sustainably tackle the financial and operational crises at Eskom.
While we accept that there are difficult trade-offs, we are concerned about the baseline reductions – or taking away money – from housing and public transport, among others, which will result in a deterioration in already poor public service delivery
The aim of saving close to R40 billion on the unsustainable wage bill for the public service is an unfortunate necessity. However, it is going to take a determined political effort to secure these savings in the face of objections from public service unions. Government must show the necessary resolve. The minister must be commended for his efforts to reduce wasteful expenditure by government departments, outside of just the public sector wage bill. The additional funds allocated to the justice system must result in the recovery of stolen taxpayer money and the conviction of the corrupt.
The minster’s unequivocal endorsement of the continued independence of the South African Reserve Bank and assurance that a state bank would be run on commercial principles and be regulated by the Banks Act, will help to maintain investor and consumer confidence in the country’s financial system, even though the rationale for a state bank is still not clear The strength of South African financial institutions is often cited as a competitive advantage for the country.
The common-sense approach to the launch of the proposed Sovereign Wealth Fund is necessary at a time when the country does not have the envisaged R30 billion in capital. However, we will only be able to comment in detail, once the proposed legislation is opened for public comment.
The minister repeated promises that government will do whatever is required to ensure a stable electricity supply and lowering the cost of doing business. However, these promises have been made before, without urgent implementation of the necessary regulations. For example, a spectrum licensing plan, is a far cry from auctioning the spectrum to raise urgently needed resources for the state and companies being able to secure rights and build networks.
As the minister said: “The numbers show that we have work to do.”