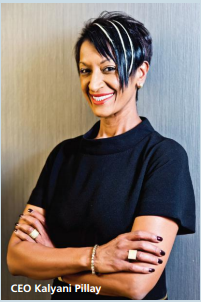 At the end of the third quarter of 2015, the banking industry reported an overall decrease in card fraud of 13.8%.
When the banking industry released their annual card statistics, the South African Banking Risk Information Centre (SABRIC), on behalf of the industry, published that credit-card fraud had decreased by 28.6% from R353.3-million in 2014 to R252.2-million in 2015, but that debit-card fraud had increased by 8.3% in the same period, from R237.4-million to R257.1-million.

This significant decrease is attributed to various mitigation measures implemented by the industry in the fight against the scourge of card fraud. The effectiveness of these measures must be seen through the decrease in some of the modus operandi utilised, the arrests made by law-enforcement agencies in conjunction with the banking industry, and that bank clients are beginning to heed the awareness messages. The industry’s continuous improvement of internal systems and processes, as well as the roll out of chip and PIN technology, have also played significant roles. The latter certainly contributed to counterfeit-card fraud decreasing by 38%, when compared to 2014.

Another contributing factor is the unique SABRIC operating model that encourages greater information sharing and collaboration among its members. Consequently, this enables a more in-depth understanding of the organised crime landscape and more effective crime risk mitigation. SABRIC CEO Kalyani Pillay says: “SABRIC provides the banks with an industry view of crime trends, and facilitates a collective and effective approach to the combating of bank-related crime.”

On the other hand, the industry saw an increase of 8.3% in debit-card fraud for the same period last year, a significant portion of which can be attributed to either lost or stolen cards. Investigations and reports indicated that, in many instances, people accepted assistance from criminals at the ATM, which enabled the criminal to get unlawful access to card information and the PIN.

SABRIC’s analysis revealed that more of the fraudulent credit-card spend was outside the country, while it was the other way around when it came to debit cards. “Some of the countries on the continent where we see greater fraudulent usage of South African issued cards are Zambia, Zimbabwe, Namibia, Botswana, Mozambique and Kenya,” explains Pillay. “Overseas, we are seeing a prevalence of our cards used fraudulently in countries like the US, UK, Brazil, India and China.” SABRIC encourages all bank customers to keep abreast of banking-related crime, and empower themselves with useful tips on security.