POSITIVITY AMID STUDENT PROTESTS AND VIOLENCE 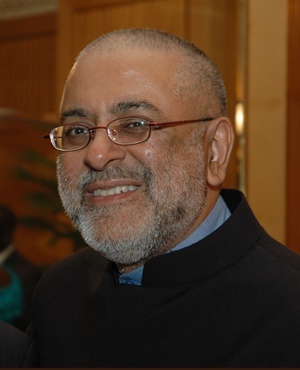 AS we despair at the sight of our flag being burnt, students again taking to the streets, the state dysfunctional and rancour dominating our politics, South Africans cannot help but wonder: is the centre no longer holding?

Regardless of what one sees as the core problem facing South African society, one of the greatest dangers we face is a loss of social cohesion.

This becomes all the more tragic when we remember we were the poster country for reconciliation and solving problems through dialogue. Codesa stopped being a noun and became a verb which we used as in “Let’s Codesa about that”.

The pressure being brought to bear on society by poverty, unemployment and inequality, poor governance, a lack of growth and a concomitant erosion of domestic and international confidence threatens the relationships that hold the nation together and make dialogue difficult.

This is fundamental. The nation-building project, the idea of a developmental state, these cannot succeed when the nation itself becomes and remains fractured. It is imperative that we keep our nation intact, and the best way to do this is to foster ongoing social dialogue between stakeholders in society.

A climate of ongoing dialogue creates mutual understanding – if not agreement – and this is enough to hold a country together. As we have seen, gaining an insight into the diverging views of our fellow South Africans helps us to understand them, to empathise and it enriches the human connections that bind a group of people together. From there, almost anything is possible.

A national consensus can be reached that respects the competing interests, the atmosphere of contestation that characterises a healthy democracy, but agrees on the needs of the country at large and keeps us moving forward.

How then to bring our disparate interest groups together to build a social compact?

We are blessed to have several forums, platforms and initiatives where our country’s various interest groups come together. This is reassuring. However, the fact that despite these, South Africa is spiralling down the plughole of zero growth, unemployment and state capture is not reassuring.

Nedlac, the National Economic Development and Labour Council, is an established forum for business, labour, government and community engagement. It has not brought many revolutionary solutions of late, and may benefit from revision of its membership and mandate.

The CEO Initiative was a trailblazing innovation that brought business leaders and government together to share insights and strategies to grow SMEs and youth employment, as well as to promote South Africa to investors and ratings agencies. Sadly, it lost momentum after the March 2017 cabinet reshuffle that saw Pravin Gordhan fired as finance minister.

There have also been purpose-driven summits that have brought stakeholders together towards a common goal. Here one thinks of the 1998 Jobs Summit, the 2003 Growth and Development Summit and the 2012 Social Cohesion Summit.

In addition, the Accelerated Shared Growth Initiative (Asgisa) sought to leverage the booming growth of the mid 2000s to exponentially boost the fortunes of the poor and working classes. This was stymied by political developments and the global financial crisis, since when our growth trajectory has been flat at best.

While none of these initiatives has been the golden bullet that unites the county around a common strategy, they served to build faith in the multi-party approach to problem solving. Indeed, our democratic country emerged from the multiparty Convention for a Democratic South Africa (Codesa) processes, so this approach has significant goodwill, even if it has still not been optimally revisited.

The multiparty negotiating process acknowledges that the alternative to debate is violence and is to be avoided at all costs. It accepts that compromise will be required to achieve agreement. It works through consultation and consensus, and it is further predicated on the understanding that agreement must lead to action and implementation.

Multiparty negotiations have also taught us what does not work – stubbornly holding out for maximum positions, ideological fundamentalism, not communicating compromises to constituencies, and changes of government negotiators due to political upheaval.

In its research report for the National Planning Commission, the Mapungubwe Institute for Strategic Reflection (MISTRA) emphasised that the South African Constitution and the National Development Plan should form the basis of a working social compact.

The constitution is the secular covenant that enshrines our national values, the Bill of Rights and serves as the foundation of any social agreement. The NDP identifies key drivers of economic growth, including infrastructure, manufacturing, sustainable development, mining, agriculture, developmental activism by the financial sector, and small business development.

Zooming in from the macro approach, any workable consensus hoping to take South Africa forward needs to address specific issues like a national minimum wage, transport costs for workers, education and skills development and ways to contain the cost of living.

While the private sector and civil society have accepted that they need to take the initiative in trying to build these alliances, government, too, must come to the party and engage with such stakeholder initiatives.

If the state does not pitch up, it will find that a bottom-up process of coalescing shall occur, and the agenda for transformation set from outside its ambit. Such social cohesion could be built around ‘mini-compacts’ for example against the all-pervasive corruption, and the building of integrity and morality.

None of these tactics is at odds with the NDP’s vision 2030, and any initiative towards establishing a new multiparty, multisectoral forum would do well to use the NDP as a framework towards a workable consensus. This may mean an elite compacting approach to social cohesion, perhaps around the central question of economic growth.

Such a process could start with attempts to get key leaders agreeing on the core issues of the day and the danger of not acting on them, before ultimately bringing all groups together for cross-sector dialogue aimed at forging a social compact.

Social cohesion is at once an asset to be protected, and an indispensable tool with which to achieve transformation, policy direction, inclusive growth and representative democracy for all.

At The Banking Association South Africa, we are intimately engaged with initiatives to build social dialogue at Nedlac, the CEO Initiative, BLSA, Future SA and our own Banking Summit. There cannot be enough of such initiatives.

Social cohesion needs to be consciously nurtured and worked at, with all social stakeholders engaging within and between sectors to achieve the integrated consensus and shared national vision that our country always displays when it is at its best. Let’s talk, and let’s build SA together!