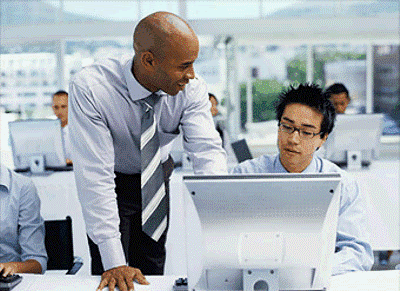 Accountants, economists, business analysts and investment bankers remain among the scarcest skills in the banking sector, while loan officers, National Credit Act counsellors and information technology officers are in short supply in the microfinance industry.

These preliminary findings are contained in the draft 2013-14 update of BANKSETA’s Sector Skills Plans (SSPs), pivotal documents in the life of any sector education and training authority (SETA). The BANKSETA has compiled two draft SSPs – one for the banking and the other for the microfinance sector. The SSPs map out the skills requirements for the sector and sets the tone for skills planning at sector level. Driving this crucial component of BANKSETA’s work is the research and Skills Planning Manager Shaheen Buckus. “The preparation of the five-year SSP is a core SETA function and the document must be updated annually to be relevant to stakeholders in our sector and to inform the targets in the SETA’s strategic plan through evidence based research.

The Sector Skills Plan should be seen as a valuable resource, Shaheen adds, as it analyses the demand and supply of skills and identifies areas where there is a shortage of skills. In this respect, it guides investment in training and development in the sector.

The SSP dissuades companies from overinvesting in areas where there is no shortage of skills and underinvesting in the development of scarce and critical skills. There is a tendency for these terms to be used interchangeably, says Shaheen, but they differ. “Scarce skill refers to an absolute or relative demand for skilled people to fill particular occupations in the labour market,” he explains. “Critical skills refer to skills gaps or shortages within occupations.

In compiling the draft SSPs, the latest version of which forecasts skills needs from 2013 to 2014, in depth interviews, a survey and focus groups were held around the country. Significant input came from the ’ Workplace Skills Plans (WSPs), which show the planned and actual training interventions coupled with the scarce skills needs across the sector. The willingness of banking institutions to complete their WSPs with thought and accuracy means that the data supplied may be relied on, says Shaheen.The draft 2013/14 Banking SSP reveals a meagre improvement in the levels of African representation and employees with disabilities in the banking sector relative to previous years, and a sturdy concentration of banks in Gauteng. Opportunities for greater expansion into rural areas and extended reach across other provinces could be considered and should be linked to economic realities.

The audit of skills levels in the banking sector reported in the draft 2013-14 Banking SSP shows that 51 % of employees in the sector have a matric, 20% hold a certificate and 12% hold a BA or similar degree. Further, in relation to the supply of skills the draft hints at certain disturbing trends as depicted in the table above- only 48 % of students at Further Education and Training institutions passed Finance, Economics and Accounting in 2010 and that only 46 % of Matriculants passed Maths and 53% Physical Science in 2011.

Both draft SSPs have been submitted to the Department of Higher Education and Training and will be finalised upon receipt and integration of comments.