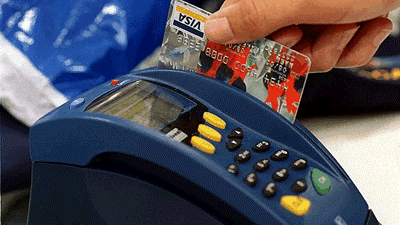 ‘The downward trend in card fraud losses this year is attributed to the efforts of the banking industry, law enforcement and most significantly, bank customers, who are seemingly responding to the industry’s calls for safe banking practices,’ said SABRIC CEO Kalyani Pillay. ‘We encourage all bank customers to continue this trend as it supplements the banking industry’s efforts to achieve a safe banking environment.’

CNP fraud losses have been on the rise steadily over the past few years,’ Pillay explains. ‘This is not an unusual trend, as a similar pattern is witnessed in most EMV-compliant [what is EMV-Compliant? Please insert as a side info on what is EMV as not all readers know the global standards of chip based technology] countries such as the UK and Australia. Criminals tend to use stolen card information to perform online purchases as they are deterred by chip and PIN technology.

‘The percentage increase in false-application fraud should also be seen in the context of the low-base figures representing this crime trend. The banks have recently acquired access to the Home Affairs National Identification System (HANIS), and we are highly optimistic that the roll-out of this system in bank branches will have an impact on fraud losses due to falsified documentation.’

Pillay advises, ‘Never let your card leave your sight when making transactions, and also make sure to inspect the ATM for any foreign objects on the mouth of the card slot to ensure that your card is not skimmed. Customers should also make it a practice to cover the PIN pad when keying in their card PIN.’