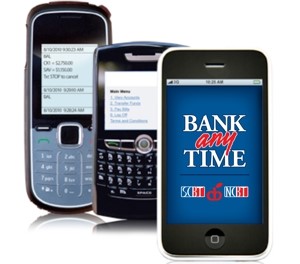 As mobile computing continues its rapid growth in both the consumer and enterprise environments, software developers are faced with a new challenge. Not only do they need to cater for new platforms for their applications, but also a new concept in design. In the past, engineers would develop software based on the technicalities involved in the back end; the users had little choice in the interface used. Now the interface is fundamental to the mobile software development process.

Users demand an engaging consumer interface for mobile devices that meets their needs and expectations, not what the engineers decide to provide. This is forcing the development industry to tackle an element of design it has never had to deal with before.
Software is no longer simply an engineering project. The look and feel as well as the functionality of the interface is as important as the back end. To capture users’ interest in the final product, the interface must be designed to provide a “sticky” experience. Today’s interface has to “dazzle” from the moment the application starts.

An example of this can be seen in the difference between the interface design of the two most popular mobile interfaces: Apple’s iPad and Google’s Android operating systems. In articles published by Business Insider and Mashable, the authors show that Apple’s design is more popular because its focus is on the user’s experience, not technology. The user experience is critical to Apple, while technology and what the data says is important to Google. That is not to say that the technology underpinning either of the systems is better or worse, but users have given usability the thumbs up and this is why Apple seems to command their hearts and minds. While BBD has a long history of developing applications for the enterprise market, to cater for the mobile space, we have retained the services of a dedicated design company tasked with crafting the interface into something users will identify with. Of course, while the interface is paramount, the development standards focusing on security and integrity of the system and data can’t be forgotten.

Two examples of modern design come from Apple and Microsoft. Apple’s mobile design is based on an immersive concept, in which the interface is easy to use because it reflects what users are already used to doing. Microsoft uses a modernist tile system in its new Metro interface. The idea is to keep the process of using the system clear and concise. The ideal interface will allow the user to navigate through the application almost without thinking because it looks and feels like any other application. The challenge is that it is not possible to develop one interface for all mobile devices as one does for a PC, but to optimise the application to bring out the important aspects of each platform. There is no one operating-system winner in the mobile platform space, so we expect this to be a challenge for quite some time.

The simple fact of mobile applications is that “good enough” doesn’t cut it. Applications need to be designed for the platform they are running on as well as to meet the users’ expectations.

Using the new Instant Money International money transfer system developed by Standard Bank South Africa, Zimbabwean residents can receive and collect their money at any of OK Zimbabwe’s 55 stores. The recipient in Zimbabwe does not need to have a bank account to receive their money.

‘There is huge potential for a successful and widespread uptake of the Instant Money International service, with five million Zimbabweans living and working in South Africa, and having family based in their home country,’ says Ngoni Simelane, Head of Innovation at Standard Bank.