IN 2010 BRICS WAS ESTABLISHED INCLUDING SOUTH AFRICA 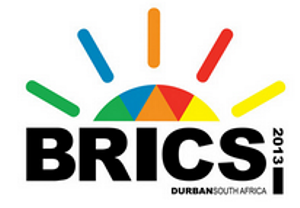 Brazil, Russia, India, China and South Africa established a collaborative structure, named “BRICS,” in 2010, when South Africa joined an existing structure formed by the other four countries. The first meeting of BRICStook place in April 2011, in Sanya, China. The structure meets annually in the form of a Summit, hosted by the sitting Chair of the structure at points in time. The last Summit was hosted by Russia, the current Chair, in July 2015.

The BRICS is constituted of developing or newly industrialised countries which are large, fast-growing economies and have significant influence on regional and global affairs as well as being G-20 members. The BRICS nations are governed by the following principles:

The BRICS nations have, as a bloc, become significant players in the global economy. The following is pertinent in this regard:

There is a view that the Bank is being established to counter the Bretton Woods institutions, but the critical output of the Bank will be the financing of infrastructure projects, with authorized lending of up to $34 billion annually.

The BRICS Banks is being named “New Development Bank” because numerous other emerging nations have expressed interest in joining the initiative.

The headquarters of the Bank will be in Shanghai. Regional offices will also be set up. The African regional office will be based in Johannesburg.  The first president K.V. Kamath (India) was appointed on 11 May 2015. The Chairman of the Board of directors, still to be appointed, will come from Brazil and the inaugural chairman of the Board of Governors will be from Russia. South Africa is represented in these governance structures by Tito Mboweni, who is one of the Non-Executive Directors, and Lesley Maasdorp, who has been appointed as one of the Vice-Presidents. Each member nation holds an equal number of shares and has equal voting rights. None of the countries will have veto power. https://www.bdlive.co.za/opinion/2015/08/20/brics-bank-to-balance-global-order