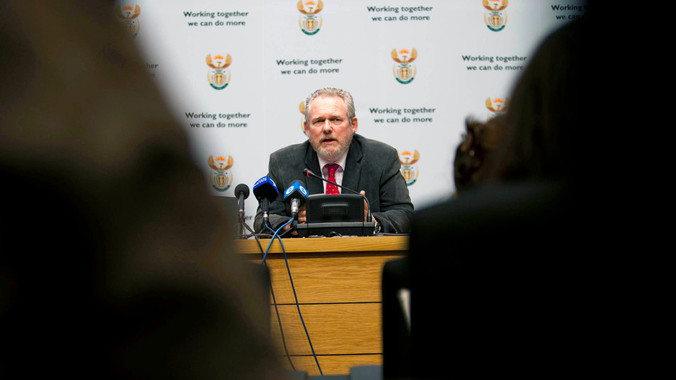 A court has ordered that draft recommendations on new credit fees must be completed by the end of April.

The Pretoria high court has given the National Credit Regulator until the end of the month to review the maximum charges on credit agreements.

In a matter heard before the high court brought by MicroFinance South Africa (MFSA) last week, an order was handed down stipulating that the regulator submit to the department of trade and industry by no later than April 30 new draft recommendations on what charges and interest rates can be applied to credit agreements.

The department has been ordered to release these draft regulations for comment on June 1 and the new regulations must be published by August 31. The order followed a verbal agreement reached between the parties on the steps of the court.

The MFSA application was brought last month after the regulator had failed to meet the deadline to review the service fee that can be charged by credit providers, as outlined in a previous court order.

The regulator had failed to update this and other fees for nine years despite the fact that the national credit regulations require interest rates and cost factors be reviewed at intervals of no more than three years.

MFSA asked that the regulator and minister of trade and industry (the second respondent) be declared in contempt, or at least in breach of, court for not adhering to the timelines of the prior court order, handed down by the Pretoria high court in June last year and which required the regulator to review the service fee, currently set at a maximum of R50, within nine months.

“The circumstances surrounding the delay in finalising the draft regulations have been due to the enormity of the task, as well as delays outside of the control of the first respondent [the regulator].”

The regulator said it was impossible to review just the monthly service fee because “the component of the costs of credit are interconnected and should be reviewed in a holistic manner”. As such, interest rates and initiation fees form part of the review.

It also explained that although a technical committee had been established to review service fees and interest rates, a formal opinion from the Competition Commission was sought and was subject to delays. The opinion, received on September 30

last year, strongly recommended against such committees where competitors would discuss pricing. As such, the regulator took a decision to dissolve the committees and was unable to stick to intended timelines in issuing draft regulation.

The regulator, however, said a draft had been presented to the department of trade and industry and it is envisaged that a “sensitivity study” will be completed by no later than mid-April 2015. Draft regulations are expected to be published for comment by “end-April 2015”.

Trade and Industry Minister Rob Davies said in an affidavit he had not been in wilful contempt of court because his hands were tied until the regulator made submissions to him.

“As things stand, I am advised that no recommendations have been finalised by the first respondent, as a result of which I have not commenced its policy review process. The inaction from my office is a consequence of procedure that must be followed and adhered to in order to assure due process and policy review … I have not acted in flagrant disregard of the order of the honourable court and have awaited finalisation of the first respondent’s process … which would have enabled me to comply with my legislative obligations.”

MFSA said the regulator had made no attempt to consult it since the court order was handed down but, as stated in Mashapa’s affidavit, the regulator said it was not obliged to consult members of the credit industry but only to consult the department of trade and industry, whereafter public participation and comment on the draft regulations was permissible.

Mashapa noted that MFSA was invited to participate in a technical committee. This did not go ahead following the Competition Commission’s formal opinion.

Another bone of contention for MFSA, as suggested in its founding affidavit, is the need for different fees and rates to apply to different agreements.

The National Credit Act requires the minister to consult the regulator in deciding fees and that he ­consider, among other things, “conditions prevailing in the credit market, including the cost of credit and the optimal functioning of the consumer credit market”.

In its founding affidavit, MFSA points out that this differentiation had not been made and claimed it is “illogical” for the maximum monthly fee to be the same for all credit agreements, ranging from mortgages to unsecured lending. “On the face of it, it was an unconsidered and wholly arbitrary decision,” said MFSA.

The regulator described the founding affidavit by MFSA as “unstructured and unfocused” and said for this reason, along with time constraints, “it is not possible to deal with each and every single allegation contained in the answering affidavit in full”. Whereas MFSA has argued its members cannot get by on such an outdated service fee, the regulator said the application was “little more than action by credit providers to attempt to preserve their own interests and advance their contentions for a more profitable business”.“The circumstances surrounding the delay in finalising the draft regulations have been due to the enormity of the task”.