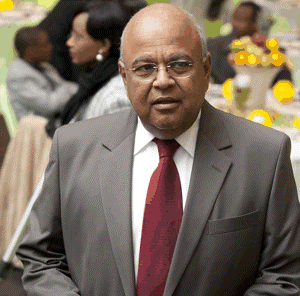 The financial services sector in many African countries was extremely concentrated and the high costs inhibited the flow of credit, Finance Minister Pravin Gordhan said at the inaugural summit in Africa of the Institute of International Finance, a global association of financial institutions including banks, insurance companies and asset managers.

Gordhan told delegates that there was a need for greater competition to be introduced into the sector.

‘A determined effort will have to be made to increase competition in the financial sector. High levels of concentration lead to excess liquidity and risk aversion. The World Bank estimates that the average market share of the three largest banks in Africa is about 73%.

‘These oligopolistic banking sectors have a number of negative consequences, including high interest rate spreads and banking fees which crowd out credit to the private sector by making loans too costly.’  Gordhan said deeper and more liquid financial markets needed to be created across Africa. Capital markets were largely underdeveloped on the continent, but would deepen as income levels rose and savings rates increased.

The Economist estimates that 60 million African households are now middle class and that by 2015 there will be 100 million.

Minister Gordhan said innovative answers were needed to address the inaccessibility to credit of most African households because assets which could act as collateral, such as livestock, commodity stocks or property, were often held without proof of ownership (title deeds). According to the World Bank, the main reason why people in Africa did not get credit was because they had insufficient collateral.

Gordhan said collateral requirements in Africa were extremely high compared with other regions, and at an average of 137% of the loan value, they were the second highest in the world, according to the Africa Competitiveness Report 2009.