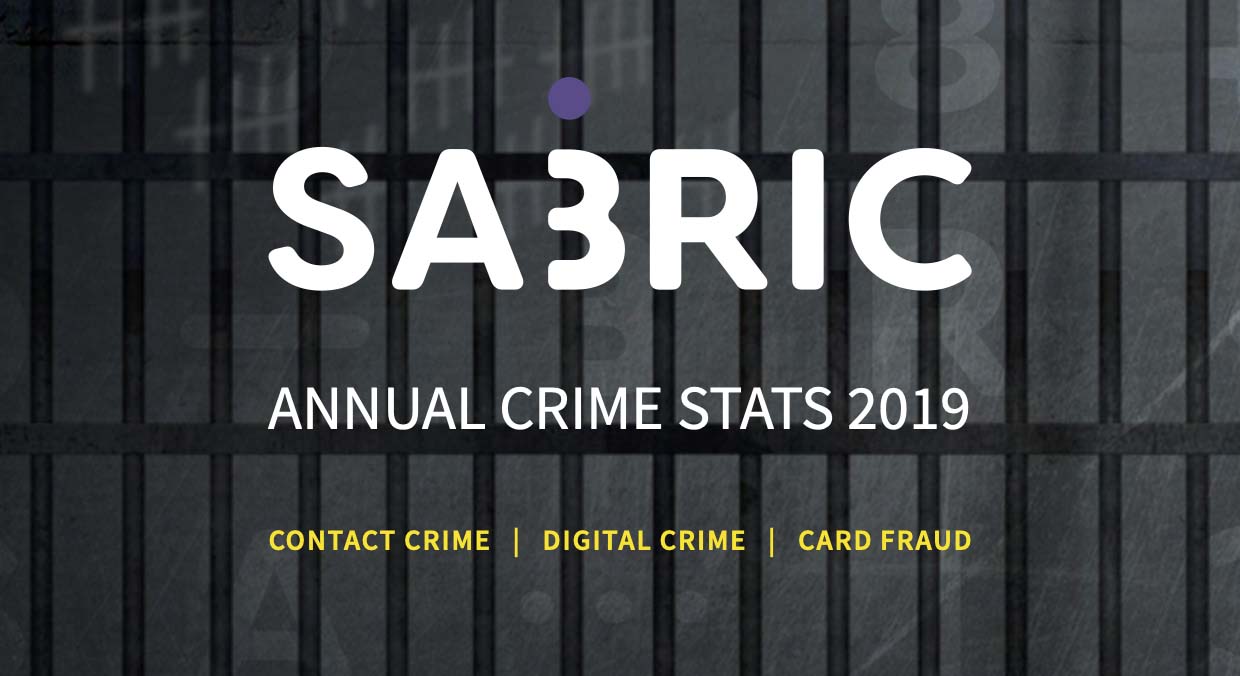 SABRIC, the South African Banking Risk Information Centre, on behalf of the banking industry has released its annual crime stats for 2019 and is pleased to announce that robust mitigation strategies deployed by member banks and partners are showing results.

In 2019, associated robberies decreased by 2%. An associated robbery is a violent bank-related robbery of cash or a bank card committed against a bank client en route to, or from a bank branch, ATM or cash centre to make a deposit or withdrawal. Limpopo, Mpumalanga and the Western Cape showed the biggest decreases for these crimes.

ATM attacks decreased by 9%. The North West, Free State, Western Cape and Gauteng accounted for the greatest decreases in incidents.

Cash-in-transit robberies decreased by 16%. All provinces with the exception of KwaZulu-Natal and the Free State experienced incident decreases.

Overall gross losses on card transactions in South Africa amounted to R428.6m. This was a 2% decrease when compared to the previous year.

The counterfeiting of cards decreased by 44.8% for credit cards and 34.8% for debit cards.

SABRIC CEO Nischal Mewalall stated: “Collaboration is critical when it comes to combatting organised financial crime and SABRIC is well positioned to do just that, by leveraging the collective efforts of its members and stakeholders. These results show what’s possible.”

Digital banking fraud incidents increased by 20%. But it is noteworthy that gross fraud losses on banking apps increased by only 1% despite a massive drive by banks to increase the number of transactions processed on apps.

“Our banks have sound security measures in place to mitigate digital fraud. Criminals know this and therefore resort to manipulative social engineering tactics to get bank customers to inadvertently share their personal and confidential information, allowing them access to transact on customer accounts without authority. However, there have been no reports from our banks where a banking app was technically compromised to commit fraud.” says Mewalall.

The leading contributor to gross card fraud losses has remained card not present fraud (CNP), for example, when your card number is used fraudulently by someone else to make a purchase at a garage while the physical card is in your possession.

Looking ahead, Mewalall warns that the advent of COVID-19 has had a marked impact on crime globally. SABRIC has already seen an increase in new scams involving personal protective equipment, fake vaccines as well as other phishing scams. In addition, amendments to grant distribution processes, the increased use of deviations in procurement processes and the availability of relief funding to businesses and employers will make South Africa even more vulnerable to corruption, armed robberies, application and procurement fraud in 2020 and beyond.